Welcome to our mountain valley resort ranch. We have several lodging options, including condos, cottages, cabins, hotel-style lodge rooms and camping to accommodate any group, all offering exquisite views of the river valley.

All of our year-round lodging units have bed linens, bath towels, coffee maker, microwave, refrigerator, and satellite television. Those units with kitchens have basic dishware and utensils provided. All condos, upper lodge rooms and the JP family cabin have fireplaces.

While you’re here, explore our many activities, or ask us about the many adventures you can have in the Red Feather Lakes area. Whether during the winter or summer or if you’re here for fishing or hunting, we have plenty of activities to make your stay as relaxing or adventurous as you could want!

Linda Weixelman is the owner/operator of Beaver Meadows Resort Ranch. Her Father, Don Weixelman, purchased the property in 1976. She has worked at the resort since she was a young teen. After her father passed away, her Mother, Diane Weixelman, granted Linda sole ownership of the resort.

In 1969 the Clarence Curry Ranch was bought by Don and Diane Weixelman under a limited partnership. The winter pastures became Glacier View and the summer pastures became Crystal Lakes. Over several decades Don and Diane were instrumental in the creation of many Mountain Subdivisions northwest of Fort Collins. In addition to the areas named above; Green Mountain Meadows, Hewlett Gulch, Deer Meadows, Rolling Hills Estates were all part of the transition from cattle ranches and logging operations into rural mountain subdivisions.

Beaver Meadows Resort Ranch was established and opened to the public in 1976 as a year-round destination for day and overnight guests. The Ranch began to welcome guests to come participate in outdoor activities, to relax by the fire in the restaurant and to enjoy a campsite or cabin. 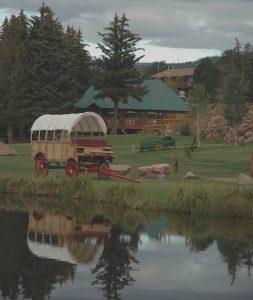 The property was purchased from George & Alice Drake who operated the guest ranch in the 1950’s & 1960’s under the Painted Post Guest Ranch name. The main ranch house where meals and entertainment were provided was converted into a full time Restaurant & Lounge.

History of the Land

The Ute Indian tribe occupied most of Colorado including the entire Red Feather Lakes area long before Europeans showed up. The first white visitors to the area known as Red Feather Lakes arrived in the 1820’s. These were the French trappers or Mountain Men. In the 1840’s the homesteaders arrived in the area. These were mainly small ranches and farms in the days when branding mattered due to the open range policy in the era. Water soon became an issue and the concept of “water rights” took hold with a scramble to establish ownership. By the 1870’s nearly all the water rights in the Red Feather Lakes area had been claimed.

In the 1880’s most land that was not homesteaded was owned by the Union Pacific Rail Road. There were many logging operations in the area to provide the rail roads with timber for rail road ties. To this day there are many remaining slash pies from these operations. In 1906, Anne Yockey purchased land from the Rail Road at .50/acre. She established the 1920’s North Fork Resort Company and worked to develop this property into a resort. The first golf resort was established in the area of Red Feather Lakes. The land making up the Beaver Meadows property was traded several times until 1930 when it was purchased by Clarence Curry.

Curry sold what is now Beaver Meadows to Miss Eugena in the early 1900’s. She lived in the Apple Cabin until 1948 when she built a larger home which is now the Ranch House Restaurant. Interestingly she did not want to use local timber for the cabin and actually had the logs shipped in from Minnesota. In the 1950’s, Drake purchased the land and built Beaver Cottages 1, 2 and 3. He then developed the land into a small dude ranch which he named Painted Post Ranch from Zane Grey Western Novel. 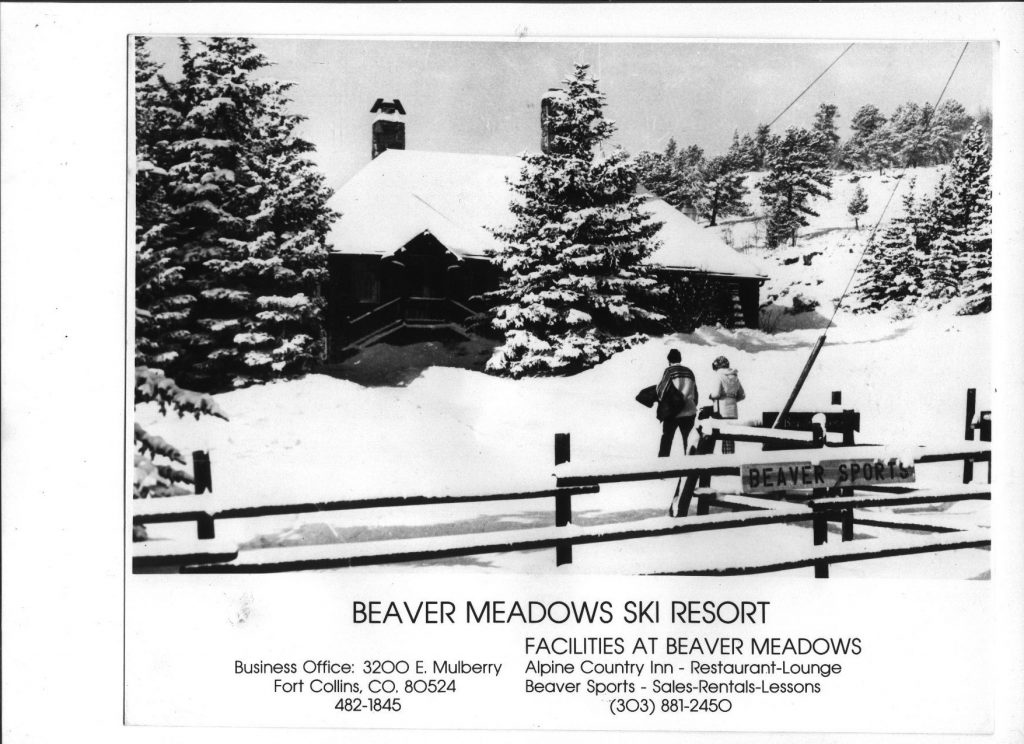 In 1969, Don Weixelman purchased the Curry Ranch and created the Crystal Lakes and Glacier View Subdivisions. In 1976, he purchased the Painted Post Ranch and renamed it Beaver Meadows. Don brought in electricity, improved the campsites, built the trails system, ice skating pond, the stables, condos and our first tubing hill. In 2006, the tubing lift was added.

Other Attraction in our Area